In October 2021, the New Urban Progress fellows went on a delegation trip through three German cities. Here four of our fellows look back at some of the most memorable stops in the Ruhr Valley.

In visiting the Ruhr area of Germany, which has for generations been a center for German industrial development and commerce, the fellows learned more about how cities like Essen, Wuppertal, and Duisburg are navigating the challenges of sustainable development.

On our visit, we met scholars from the Wuppertal Institute, an organization that provides transdisciplinary research and policy guidance to cities in the region. In our meeting, we learned more about how institutions can help outline new pathways for sustainable development, such as new approaches to housing, transportation, and employment, that can reduce climate emissions while generating economic development in a post-industrial region.

We also learned more about the policy development process in German cities – and how approaches like co-housing and other innovations can work in the German context to improve social resilience and reduce per-capita emissions, while reducing reliance on single-family homes as the predominant building pattern. Recognizing the important role cities play in creating sustainable systems, the discussion around single-family homes was extremely interesting and raised additional questions around the future of this building pattern and its place in the future of cities.

After our meeting at the institute, we sat down with the mayor of Wuppertal, Uwe Schneidewind, who previously served as an economic researcher and as scientific managing director of the Wuppertal Institute. Newly elected in 2020, Mayor Schneidewind shared his insights and priorities for sustainable development in Wuppertal, focusing on transportation, migration, housing, and employment, as well as his plans to foster innovation in a city through greater integration of policy goals and processes.

In our conversations, we learned more about the politics and administration of policy in German cities, as well as opportunities to improve decision-making and implementation efforts at the municipal scale. We were most inspired by this conversation and the ability to dialogue freely with the Mayor, whose diverse background offers unique perspectives and presents an opportunity for transformative change for the city of Wuppertal.

After meeting the mayor, we walked to the Klimaquartier Arrenberg, a neighborhood in Wuppertal that has the vision of becoming climate-neutral by 2030 through a range of innovations around food, energy, and sustainable buildings. We learned more about efforts to grow food locally in the neighborhood and to set up processes to measure emissions from buildings in the district.

The following day, we visited an historic coal mining and processing area, Zeche Zollverein, which served as an engine of steelmaking and other industrial processes in the 20th century. We learned more about Germany’s various policies on guest workers and migration for industrial employment, allowing the fellows to hear more about the Turkish migrants to Germany who worked on the site whose lives and communities were the subject of an exhibition at the facility.

While no particular image stands out, the collection and synergy of these visits allowed the fellows to get a clearer sense of Germany’s industrial history, learn more about the people behind that history, and consider the living legacies of Germany’s approaches to urban and industrial development that shape how the Ruhr area’s cities and towns can move toward a more sustainable and equitable pathway as part of a broader climate transformation in Germany. 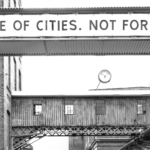 Wednesday, October 20, Leipzig: “The future of cities. Not for granted.”29. Oktober 2021
In Motion: The NUP Delegation Trip in Germany5. November 2021 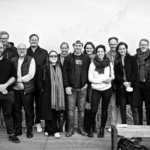