Picking up where we left off: As the fellows of New Urban Progress (NUP) are about to embark on their delegation trip through the United States, Deputy Mayor of Leipzig, Ulrich Hörning, reminds us of the importance of civic engagement in progressive urban development.

Last year the fellows of New Urban Progress had the opportunity to travel through Germany and visit Berlin, Leipzig, and the Ruhr Valley to explore urban development on this side of the Atlantic. On Thursday, April 21, they will embark on their second delegation trip, this time through the United States.

Deputy Mayor of Leipzig, Ulrich Hörning, was one of the urban actors our fellows had the opportunity of meeting with during their visit to Leipzig. Facing various economic, political, and social challenges after the German reunification in the early 1990s, Leipzig has manifested itself as an economic and innovative hub in the region, as well as a desirable destination for students, families, and other individuals. Mayor Hörning emphasized the important role civic engagement played in the 1990s and early 2000s in enabling this prosperous development.

As the NUP fellows prepare to travel to Chicago, Denver, and Austin, they will further explore the areas of entworked governance and democracy, inclusive growth and innovation, and sustainability and social mobility in progressive urban development.

New Urban Progress is the joint metro initiative of Das Progressive Zentrum, the Alfred Herrhausen Gesellschaft and the Progressive Policy Institute. The project is supported by the Transatlantic Program of the Federal Republic of Germany and funded by the European Recovery Program (ERP) of the Federal Ministry of Economics and Energy (BMWi). 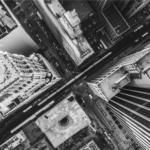