At this year’s Progressive Governance Digital Summit 2021, the debate on cities, mayors and their international connectivity was a particular highlight. On 11 June, the conference organised by the think tank “Das Progressive Zentrum” brought together the cities of Budapest, Strasbourg, Berlin and Boston virtually to debate how urban areas can promote democracy and a sustainable environment within their city limits and beyond.

NUP Fellow Sanjay Seth was invited to give an insightful input on how cities can best implement efficient climate protection.

Moderated by NUP Sounding Board Member Cathryn Clüver Ashbrook, the other panelists included:

At #PGS21, our #NewUrbanProgress Fellow @sanjayseth from Boston stressed that effective climate action in #cities must consider historic patterns of disinvestment.

Sanjay’s inspiring impulses were taken up by Franziska Giffey and Gergely Karácsony. The answer to his question, “How do you know what good climate action looks like in cities?” was for both of them a clear commitment to the obligation of cities to work for socially sustainable change, as action at the local level can be particularly fast and solution-oriented.

In order for the 2020s to be a decade of progress, according to all panelists, cities should take their responsibility and actively shape the socially-just ecological and digital transformation. Learn more about how the transatlantic project New Urban Progress is working on how cities and metropolitan areas can become more green and just here. 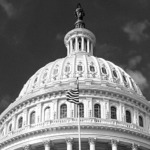