Two weeks after the 2020 US Election, Almut Möller (State Secretary of Hamburg, Germany) and Stephen Benjamin (Mayor of Columbia, South Carolina) discussed how cities have been developing into transatlantic changemakers. The conversation illustrated how social and economic ties between cities have been able to complement, and at times replace, classical transatlantic relations between Germany and the United States.

In a lively exchange, Secretary Möller and Mayor Benjamin laid out how cities are emerging as transatlantic actors. As cities on both sides of the Atlantic tackle issues ranging from the pandemic to the climate crisis, the city leaders looked back on lessons learned from the past years and forward to a new chapter under a Biden administration.

Underlying the conversation was a comparative analysis on how metro areas can most effectively operate within their respective federal structure. With urban areas representing large portions of both countries’ population and economic output, the relationship between central governments and city leaders will be crucial to addressing society’s greatest challenges.

The panelists articulated that cities have inherent democratic qualities that qualify them as strong transatlantic actors. Fundamentally, they have the ability to cultivate sustainable economic, political and social networks that are representative of their communities. And cities are democratically robust as an administrative unit in close proximity to its citizens.

“Cities are born, they are living, breathing organisms, that almost compel you to focus on the needs of the whole body, not just particular political interests” – Mayor Benjamin

Columbia and Hamburg as Transatlantic Cities

The two city leaders detailed how Columbia and Hamburg have mediated international relations for years. Columbia is a major military hub, with more than half of the US military trained at bases in the region before heading off on deployment and one of its partner city’s is Kaiserslautern, a small city home to many US troops stationed in Germany. Columbia is the capital of South Carolina, the state with the highest amount of European direct investment and home to BMW and Michelin. The state capital also demonstrated its global commitment by pledging to work towards the goals of the Paris Climate Accord, even after President Trump’s withdrawal.

“It all starts with dialogue, particularly focused on one specific data point, for example economic investment from X country, or intellectuals or professors at universities or colleges. Every community has that with some other community abroad, and there is an opportunity there to start digging a little deeper and see where synchronicity exists” – Mayor Benjamin

Hamburg, as a city-state in the German Federation and with an international tradition as one of the major cities of the Hanseatic League, has a long history as an international actor. Almut Möller represents the city to the Federation of Germany, the European Union and international networks. Hamburg also works with nine partner cities, including Chicago in the United States. Secretary Möller stated that Hamburg places a large focus on developing wider networks of cities to address issues ranging from innovation to mobility.

Transitioning to the Biden Administration and the next Era of Transatlanticism

Urgently awaiting the next administration, the Secretary and Mayor gave examples on how they have filled the void of transatlantic cooperation at the national level the past several years. Mayor Benjamin met with the German Ambassador to the United States, Emily Haber, who was meeting with many local leaders to supplement her diplomatic work with the Federal Government. Secretary Möller emphasized how Hamburg engaged with US cities: she was in contact with Hamburg’s sister city Chicago and Mayor Lightfoot to exchange ideas and methods to address the coronavirus pandemic. Secretary Möller also named Mayor Tschentscher’s initiative to sign the 2018 Chicago Climate Charter in support of the Paris agreement.

As the United States transitions to a Biden administration, Mayor Benjamin sees an urgency in improving the relationship between cities and the Federal Government when addressing the coronavirus. Large sources of funding and support to metro and city level governments have been withheld, forcing leaders like himself to turn to local partnerships and form networks that are able to sufficiently support the community during the economic downturn as well as limited space in the hospitals.

Federalism, Collaboration, and the Coronavirus

Secretary Möller described the political structure in Germany as collaborative federalism, meaning that not only the German States, but also the larger German cities collaborate with the Federal level. Additionally, especially during the pandemic, the EU has sought a closer connection to city-level decision-making. It has been important for Hamburg as a city-state to engage with the Federal government to garner access to health services and funds to alleviate covid damages. It will be important, however, to compare and reflect on how Federal systems can best address the looming post-crisis economic challenges.

On the other side of the Atlantic, Mayor Benjamin noted the difficulties of learning from and addressing the pandemic while at the same time fighting it and all of its repercussions. He argued for the importance of humanizing the data that informs the public health policy and for local leaders to invest in adequately explaining policy decisions. The biggest lesson has been that it is possible to form new networks in times of need – this was done out of necessity due to a lack of state and federal support. Moving forward, cities need support from the federal government and the space to implement their funding as their democratic leaders best see fit.

“The only way that we can get out of this, is if we do this together” – Mayor Benjamin

This conversation took place as part of the transatlantic dialogue New Urban Progress. The event began by launching Cities as Transatlantic Changemakers, a working paper based on the findings from the project’s kick-off conferences in the United States and Germany. After introducing the working paper, the panel discussion with Almut Möller and Stephen Benjamin, moderated by Will Marshall, began. This was followed by a Q&A session. The project New Urban Progress will now continue with the Fellows beginning to work and expand on the most pressing urban issues ahead of us. 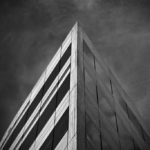 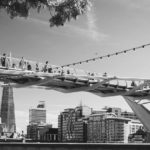