On November 3, both presidential as well as General Election took place in the United States. How can their outcomes affect the global role of cities? Join us for a conversation about a new era of multilateralism from the bottom-up with Almut Möller, State Secretary of Hamburg and Stephen K. Benjamin, Mayor of Columbia, South Carolina.

For the past four years, transatlantic relations have found an emerging voice in cities. To facilitate the debate on the role of cities within this context, New Urban Progress is launching a paper that details overarching challenges as well as opportunities for urban environments in Germany and the United States. We look at how local governments are tackling common challenges: inclusive innovation and growth, climate change, immigration, racial disparities.

Creative metro leaders and partnerships have turned metros into laboratories of public innovation and responsive government. We want to encourage them to reach beyond national borders to compare notes with their peers in other countries. A new metro diplomacy would draw upon the deep traditions of German and U.S. federalism to engage city leaders in dialogues aimed at regenerating democracy from the ground up.

Almut Möller, State Secretary and Representative of the Free Hanseatic City of Hamburg to the Federal Government, the EU and for Foreign Affairs

I want to to join the event!

Registration closes on Friday, Nov. 13. 2020. For late registrations, please contact us at nup@progressives-zentrum.org 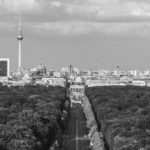 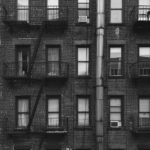